Most of our cod (Gadus morhua), haddock (Melanogrammus aeglefinus) and saithe (Pollachius virens) are caught in the Barents Sea. The species, all in the cod family, are processed and frozen onboard immediately after catch. This ensures excellent freshness and firm meat. Our cod, haddock and saithe are distributed worldwide for customers who simply require the best-quality fish. Polar Seafood's fishery in the Barents Sea obtained MSC status in May 2015 for these species. Besides the Barents Sea, cod is also caught in Greenlandic waters.

We have to consider at least three different stocks with regards to the Greenland cod. The inshore stock of the West Greenland fjords, the genuine Greenland off-shore stock of West and East Greenland, and the stock that we share with our Icelandic neighbours.

Being subject to Greenlandic and German annual surveys, the cod shows doubling and tripling of the biomass estimates of the last two years. There are several factors, in addition to the fishery, that influence their abundance. The most important of these factors is believed to be seawater temperature.

The cod is found in depths of water down to 500-600 metres. The cod from Polar Seafood is caught in the Barents Sea, in East Greenland waters and off the coast of West Greenland. In the fjords, cod is caught by means of net traps, allowing for undersized fish to be released. Trawl fishery is only allowed in the off-shore area. The coastal cod is mainly caught in gillnets or using longlines.

Suitable for a large variety of serving suggestions

The fish is characterised by its white and juicy meat and is relatively low in fat. The fish has a mild flavour and is amenable to a large number of cooking presentations. 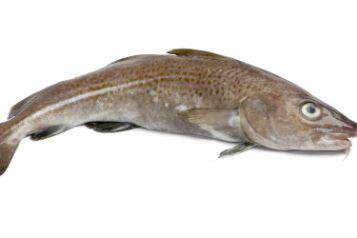 Polar Seafood - The World of Seafood

With its head office in Nuuk Greenland, Polar Seafood is the largest
privately owned fishing company operating in Greenland.
Polar Seafood is one of Scandinavia's key suppliers of a wide range of seafood products suitable for processors,
wholesalers, caterers and retail customers. Cold-water prawns, Greenland halibut, redfish, cod etc. are caught by
Polar Seafood's own modern trawler fleet.
Our processing factories in Greenland and Denmark are Higher Level BRC.

Polar Seafood Greenland A/S was established in 1984 as the sales and marketing company for a number of independently owned Greenlandic prawn trawlers. Today, Polar Seafood is one of the top seafood exporters in Scandinavia and the largest privately owned company in Greenland.

Or find your local office here